We have some amazing sporting success stories to share with you this week!  See below for full details.

Tuesday was an early start for the Year 7 Girls’ Rugby Team this morning as they travelled to Leeds to represent HMS and the North East at the National Champion Schools Final 8s in Rugby League… and the girls were simply sensational. If a performance could be summed up in three words it would be: brave, tenacious and togetherness.

The finals were kickstarted when the girls were drawn in a pool against the champions of Yorkshire, London and the North West. Game 1 was against Yorkshire and a very tough game it was indeed! In the early stages the girls showed courage with tough tackles first up with the ever willing Rosie charging forward into an all mighty collision followed by Anya who almost danced her way around the outside to score in the corner! Tiana continued where she left off last time flying into tackle after tackle! Beau, a constant threat all day, continued to drive forward. Unfortunately the experience of Yorkshire showed as they ran out winners.

Up next was the North West. The girls looked to bounce back and did so well! Adelle picked up the first loose ball and showed her pace. One of the moments of the tournament came from Jen who produced an incredible diving tackle on a girl who had powered through the entire team of their first opponents – incredible!  Then up stepped Charlotte to gain some much needed yards with the pressure growing. HMS continued to grow and up stepped skipper Abby to drive the ball over for a brilliant score! Rosie showed incredible toughness when she powered through tackle after tackle! The girls then went back and forwards with their opponents throughout the game! Really impressive stuff.

The final game was the game of the day. London came up with a number of experienced players who showed not only confidence but also skill, although our girls matched them well! Jen was there again with another textbook tackle! Isobel, who grew in confidence throughout the day, took on drive after drive and gained crucial yards for the team! Then the moment of the match which saw HMS launch a blistering counter attack through Anya and Tiana before Beau drove us close. Close enough for Abby to sneak under the posts for a great score!

All day the girls showed they belonged at that level. This is unfortunately the end of the road for Year 7 but they go again in the 9s tournament in a few weeks! Thank you Carol and Steve for coming and a huge thank you to every girl who played today: every single one was incredible! 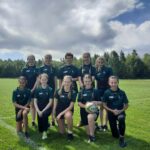 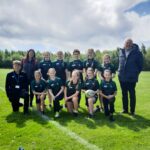 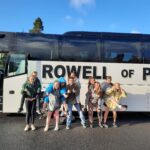 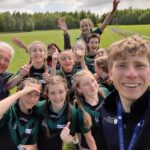 The teams played brilliantly well and showcased their skills in two competitive matches. The girls’ team took an early lead through an Abby A strike! Tenacious tackling from Tiana and Rosie allowed for Grace and Beth to showcase their dancing feet while the never-ending engine of Anya made sure the girls were always in the game! Big shout-outs also go to Rosie and Abby who shone in goal throughout their stints! Although it was a defeat in the end the girls performed very well indeed!

The boys were extremely strong. Led by the ever impressive Archie the boys fired their way to a big win. Ollie went home with 4 goals to his name and Luke got in the scoring act with one of his own to add to Archie’s two. Louis and Tom provided good foundations for the team to build on with a great work rate as always! Jack, making his debut in net, was incredible, making a number of smart stops! George showed his defensive prowess again with a number of intelligent interceptions. The boys go onto represent West Tyne in the next round on the 24 May! 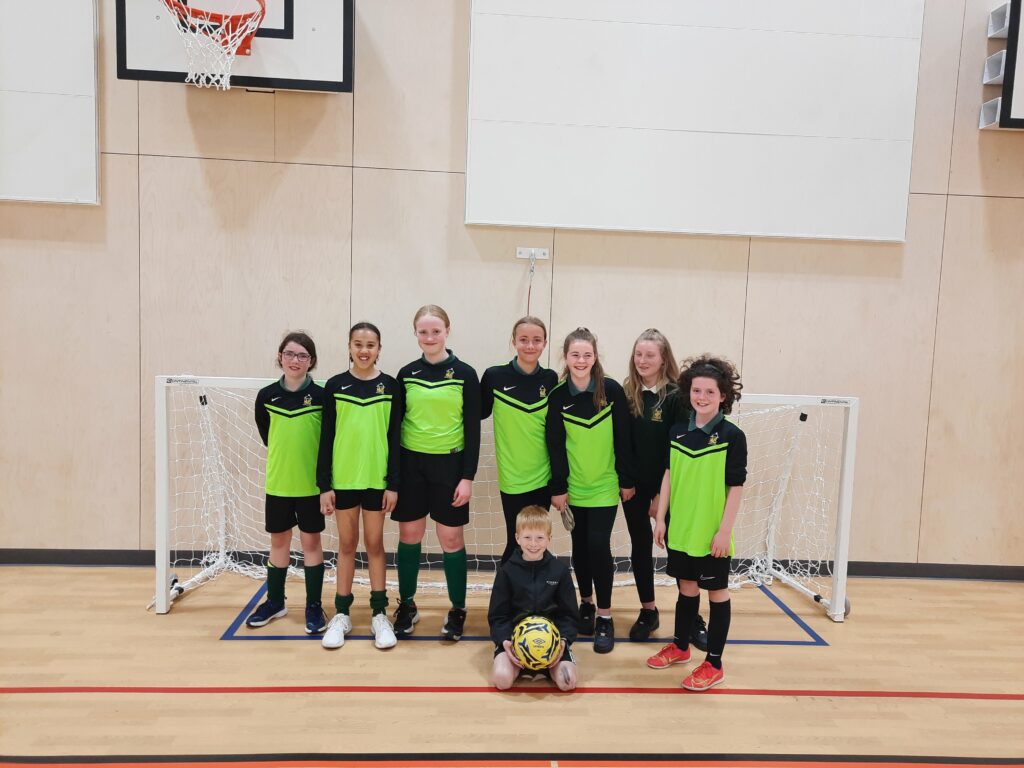 WHAT A DAY! The Year 8 girls team made the long trip down to Warrington to play in the national last 8 round of the Champion Schools tournament! We were drawn against Yorkshire and the North West in the group. Two very tough games especially after we watched them play against each other in the opening game.

The girls knew it was going to be a tough day but they put their game heads on and were ready to go! First up, Yorkshire. In a game against a far more experienced team the girls got off to a great start! A fantastic kick chase saw Phoebe power up the pitch and Charlotte pick up the loose ball to gain some key yards. Captain Martha and her team produced a stunning defensive display where they not only produced tackle after tackle but pushed their opponents back bit by bit. Alani-Jo, Tess, Molly L, Anya and Rosie all contributed well in defence putting in a number of key blocks. Following a breakaway try for Molly B and a powerful score by Daisy HMS went into the break just one score away from their opponents!

Into the second half the perfect start as Phoebe danced through with a trademark finish! Tiana picked up where she left off on Tuesday by making a brilliant try saving tackle to keep HMS in touch! Abby was conducting play from half back with immense confidence. Sadly HMS could not get the scores they needed and Yorkshire went away winners.

The next game against the North West would be a winner takes all encounter. The girls had just a 5 minute break between games. Following a much needed break the girls picked themselves up and set off to claim their place in the next round. To say they bounced back from defeat was an understatement… The girls were simply incredible. In what I can only describe as the best team performance all year every single player was immense. Whether it was the try scoring heroics of Daisy, Martha, Charlotte, Abby, Phoebe or Molly B. The defensive tenacity of players player of the tournament Tiana. The bravery of Molly L, Tess and Anya. The never give up attitude of Alani-Jo or Rosie. Every single player was incredible! HMS ran out victorious with the following try scorers:

The girls are through to the national last 4! They will now face either London or East Yorkshire in the next round to fight for a place in the grand final! A huge thank you again to Carol and Steve for coming along, to the parents for getting the girls to school for 6.45am and to all of the players for being legends!

The girls go again in the 9s tournament next week before the semi final a week on Tuesday in Leeds. 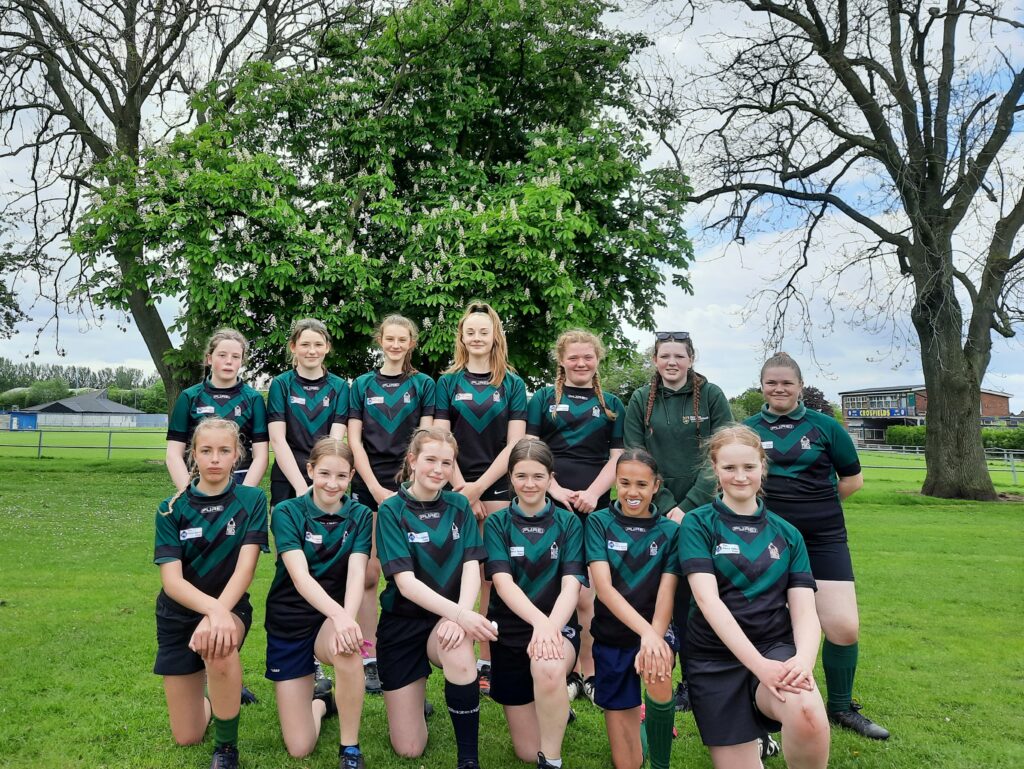