Please see below for Mr Barry’s report on the U13 Girls Champions School Semi Final which was held on 25th May:

One word sums up today… proud!

The girls arrived in Leeds ahead of their huge semi-final game against Malet Lambert who are the Yorkshire finalists. The girls were in game mode from the second they arrived and were hungry for success. Throughout this tournament the girls have been competing against schools with huge numbers of pupils and have taken the underdog mentality and beat some very impressive schools on their road to this stage.

Captain Martha said her final words to the team ahead of kick off and the girls were ready to go!

In a pulsating game, the girls went toe to toe with their opponents and had everyone watching amazed at their skill, power and technique both in attack and defence. In a game with fine margins the girls sadly lost 7.3 on tries to Malet whose experience helped edge the game. We wish them all the best in the final!

To summarise this game is hard as every girl was simply sensational so we thought a player profile would be the best way to go.

Phoebe – Constant running, tackling and body on the line defence! Scored a brilliant try diving into the corner before slotting home the conversion from the touchline.

Martha – captain fantastic. Scored a length of the field breakaway to open the scoring. Always running and standing up for her team. Vital.

Daisy – one word…POWER! Constantly battling with the opponents and ran the hard yards for her team. Never gave up.

Molly B – simply incredible. Made 3 or 4 try saving tackles including one that saw Molly run the length of the pitch to slam the opponent off the pitch.

Molly L – Never gave up. Controlled her wing brilliantly and dived in front of her opposite number on countless occasions!

Alani-Jo – In what was the best game Alani has played so far, she won 3 turnover balls with monstrous tackles! Great performance.

Tess – Some very brave runs from deep, always offered a support run and used her tactical skills to shut off a number of gaps in the defence!

Tiana – Tenacious. Had a very physical game throwing herself everywhere across the pitch making tackle after tackle!

Abby – Outstanding. Playing in the half back role Abby scored a great pick and go try diving for the line and conducted play with great experience!

Charlotte – Controlled her wing brilliantly! Made a number of key tackles and never stopped chasing. A brilliant showing!

Rosie – Stood up for her team throughout. Took a number of big hits to gain her team precious yards! A brave performance.

Anya – Never gave up! Used her pace to hunt the opposition and always looked for the ball. A great game!

Attention now turns to 9th June where the girls join the boys in qualifying for the Inspirational 9s next round. 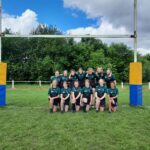 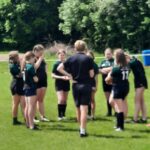 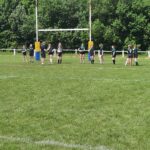 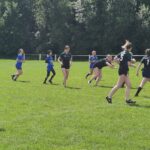 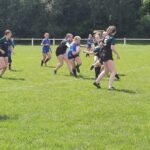 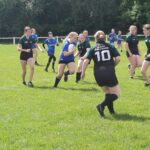 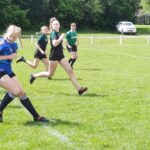 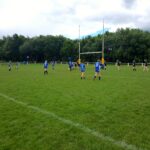 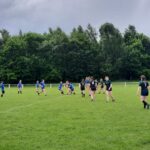 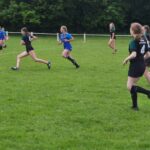 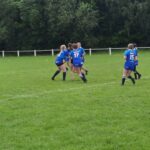