French themed food day: Unfortunately we have had to cancel our French themed menu on Wednesday (le quatorze juillet).The canteen will be serving a normal menu.
Theatre Sans Frontieres (TSF): Last Friday KS2 watched ‘Les Olympiques des Animaux‘ – a theatrical production based on the Tokyo Olympics and featuring countries from the French-speaking world. A fun filled show told through live action, puppetry and catchy songs.
Pupils took part in workshops led by TSF and school staff. Some pupils were lucky enough to participate in the show. A great time was had by one and all. Pictures below!
Well done and merci beaucoup! 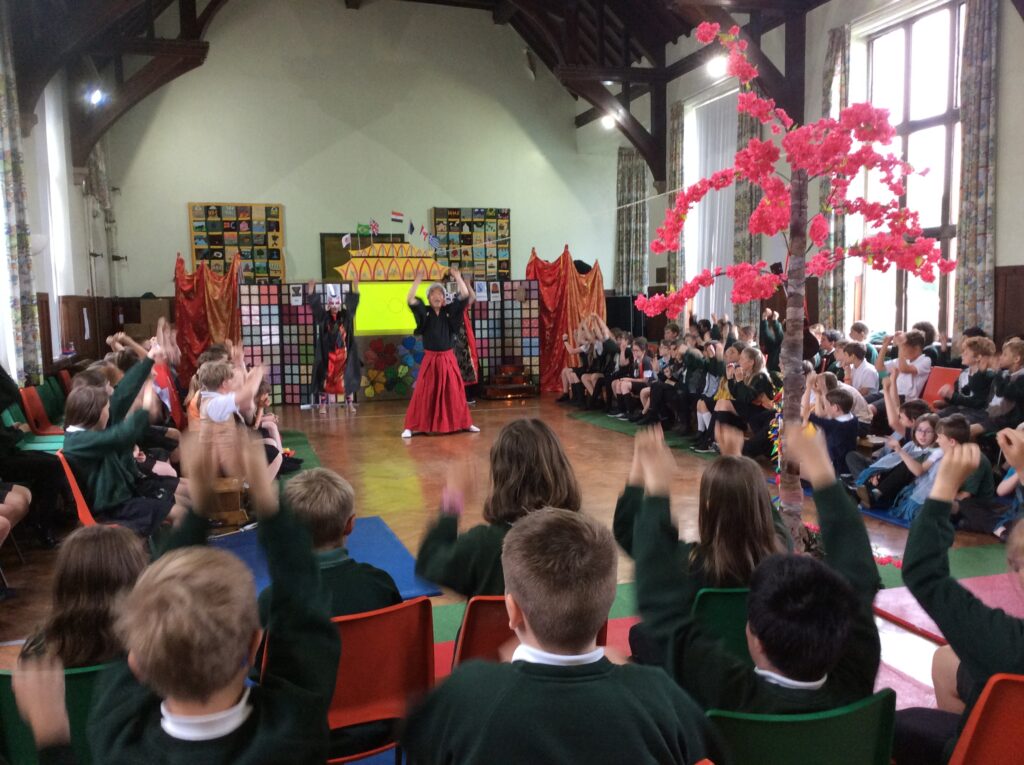 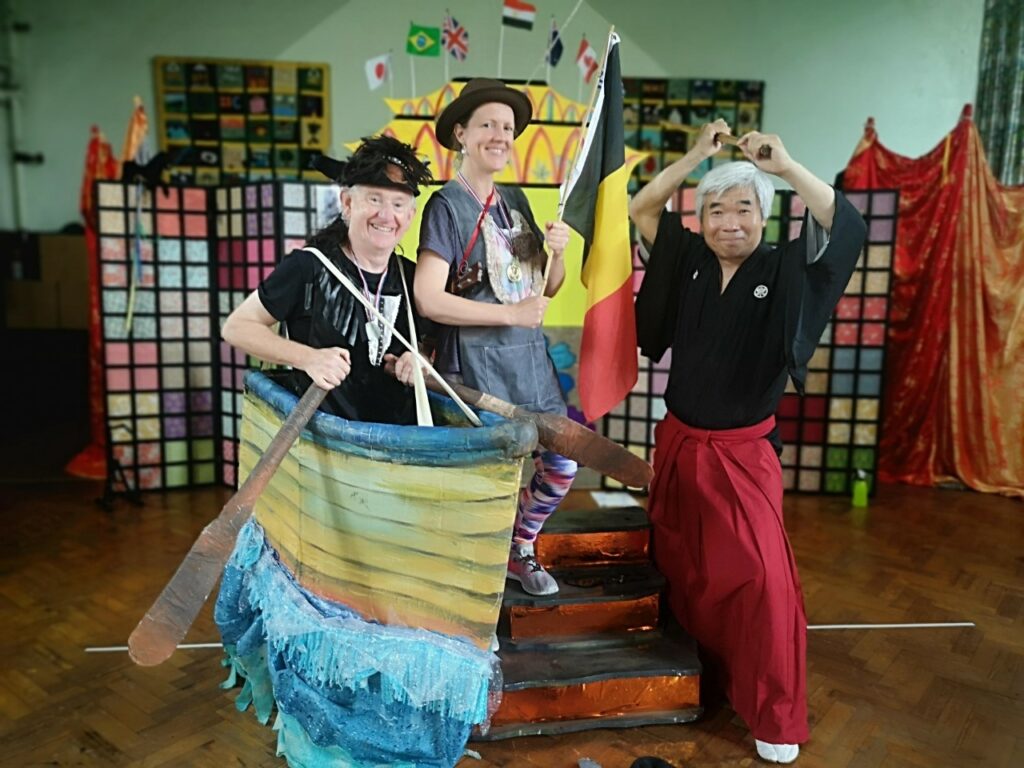